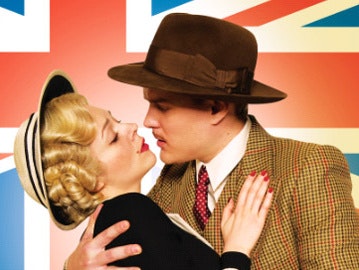 This hilarious smash hit production is adapted for the stage by Patrick Barlow from John Buchan's 1915 novel and Alfred Hitchcock's classic 1935 spy thriller.

Together they perform every single legendary scene from the award-winning movie – including the chase on the Flying Scotsman, the escape on the Forth Bridge, the first theatrical bi-plane crash ever staged and the sensational death-defying finale in the London Palladium – besides many other favourite cinematic moments, including the memorable and controversial 'stockings and suspenders' scene!

Follow The 39 Steps on Ents24 to receive updates on any new tour dates the moment they are announced...

Here are the most recent UK tour dates we had listed for The 39 Steps. Were you there?