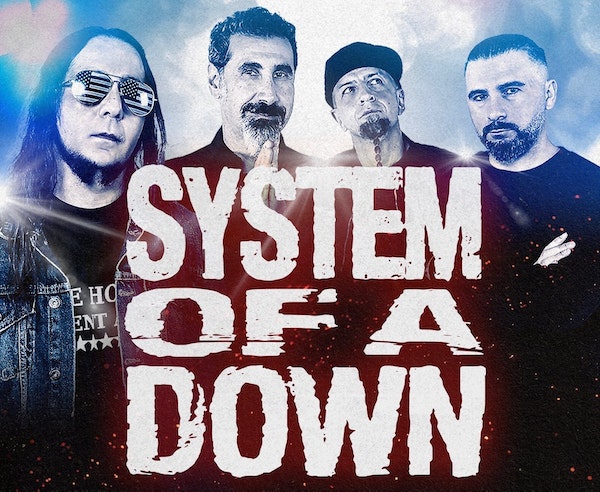 System Of A Down Tour Dates

Since their formation in 1994, System Of A Down have earned themselves a worldwide following with their unique blend of thrash metal and alternative rock, and never fail to put on a mind blowing performance.

The band has achieved huge commercial success with the release of five studio albums, three of which debuted at number one on the US Billboard album chart and have sold over 40 million records worldwide.