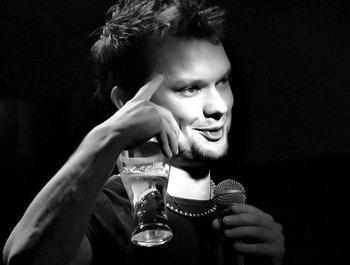 'A vitriol which makes Richard Dawkins look like the Archbishop of Canterbury... engaging...' (The Scotsman)

'... a wicked sense of humour, gets the audience involved from the kick off...' (BBC)

'... perfectly dropped punchlines... Easy control of an audience, who hang on his every word' (Chortle)

'Sully had the audience showing their appreciation with fits of laughter and applause' (www.channel 4.com).

Follow Sully O'Sullivan on Ents24 to receive updates on any new tour dates the moment they are announced...

Here are the most recent UK tour dates we had listed for Sully O'Sullivan. Were you there?