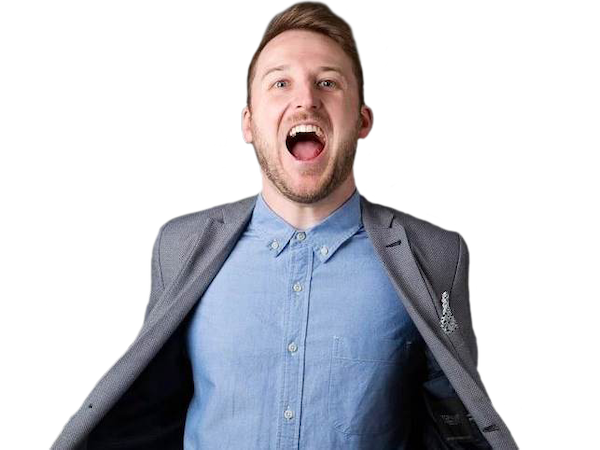 Stuart Mitchell made his comedy circuit debut in 2009 and very quickly has become one of the most exciting talents in recent years performing across the biggest comedy clubs in the UK. Stuart was a finalist in the NATYS competition in 2012 and was shortlisted in 2013 for the BBC New Comedy Award. Having recently appeared on “The Loser World Cup” for BBC Radio Wales and "On the Road" with BBC Scotland he is now working with BBC Comedy on a development project.

The Glaswegian comic’s sharp one-liners, brilliant turn of phrase and clever wordplay made him a perfect choice to support Stewart Francis and Hal Cruttenden on their national tours. He has also written for Mock the Week (BBC 1), BBC Radio Wales and other well know comedians.