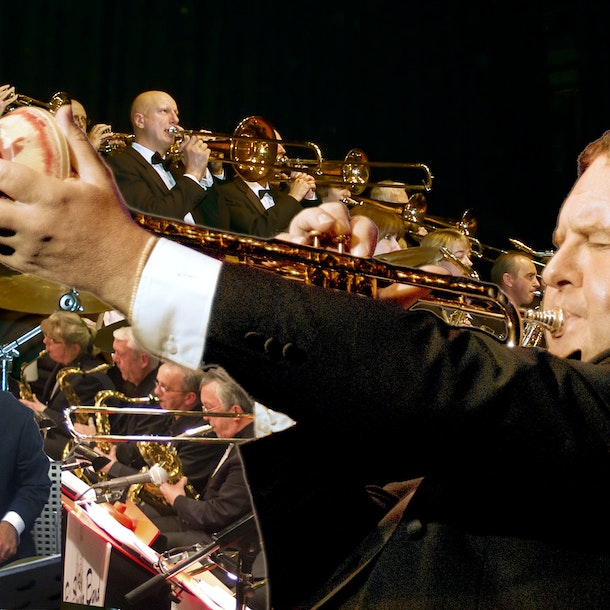 Steve Walker's Big Swing Band is a 17 piece Band based in Lincolnshire and performing at theatres, concerts, dances, 40s/50s events and functions.

Steve plays trumpet for the UK's big name bands as well as singing and compering. Known as the Man with the Golden Trumpet, his aim is to provide first class entertainment with music tailored to suit the event and the audience. Kenton, Basie, Barnet, Harry James through to Miller and everything memorable from then. Steve took over the Big Swing Band a year ago and has brought to it the expertise gathered over many years as a professional travelling worldwide as a band leader on cruise liners and later working with top recording artistes like Martha Reeves and the Vandellas, The Commodores, and orchestras like Syd Lawrence, Nelson Riddle, and the British Philharmonic.