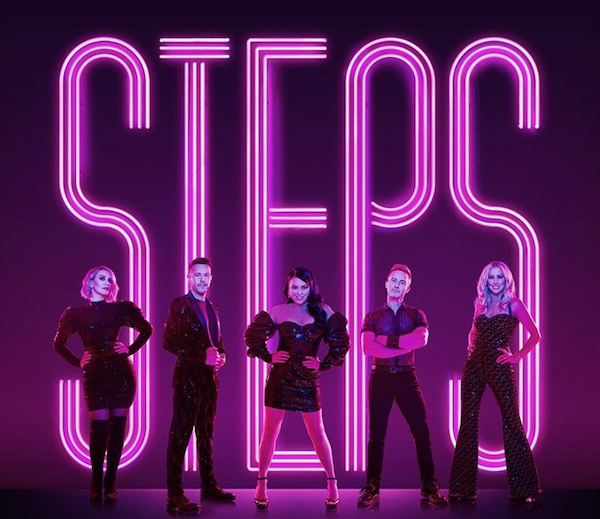 Steps originally formed in 1997 and, over four and a half years, they sold over 15 million records and achieved 14 consecutive top five singles with their albums Step One, Steptacular, Buzz and Gold. The group also won 'Best-Selling British Live Act' at the BRIT Awards in 1999, and continued to fill stadiums until their spilt in 2001.

All five original members of the band, Claire Richards, Lisa Scott-Lee, Faye Tozer, H and Lee Latchford Evans, reunited in 2011 to take part in the Sky Living-commissioned four-part documentary series charting their reconciliation, and then returned once again in 2017 for their 20 year reunion.