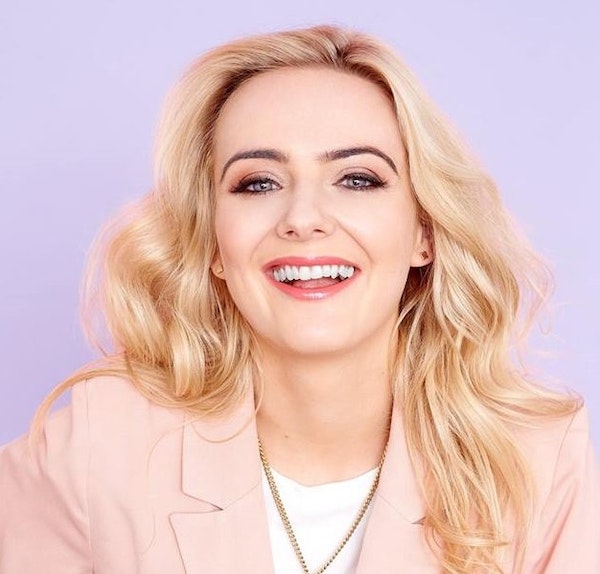 Comedian, impressionist and viral internet sensation Steff Todd has made a name for herself with her hilarious stand up, razor sharp one-liners and amazing celebrity impressions.

Hailing from Yorkshire, Steff has gained worldwide attention with her viral impressions of stars from Reality TV and Pop culture ranging from the Kardashians, Love Island, I’m A Celeb, judges from The Voice, BGT and many more, making her one of the hottest emerging talents in comedy.

Steff recently gained national headlines when a series of impressions went viral, racking up over 10 million views and were featured by ITV, BBC Radio 1, The Daily Mail, Metro, The Mirror, OK Magazine, Twitter Moments, Cosmopolitan and many more.

On screen, Steff recently landed her first acting role as a cast regular in BBC One sitcom Scarborough and has also been a panelist on The Dog Ate My Homework (CBBC), The Reality Tea (BBC) and Newsjack (BBC).

On Stage, Steff performed her debut solo show Reality Check at The Edinburgh Fringe 2019. The show was a sell out and due to popular demand she recently took the show to London’s Soho Theatre. Steff has also supported the likes of Sara Pascoe, Dave Gorman, Rob Delaney and Iain Stirling.

“This girl is brilliant” Jennifer Saunders

“Rising star in comedy” The Mirror

★★★★ “Steff’s impressions are faultless and speak directly to the Instagram generation. Reality Check is an impressive debut” I Talk Telly

The Guardian’s Best Jokes of the Festival (Number 1!)

The Evening Standard’s Funniest Jokes of The Fringe

The Telegraph’s Funniest One-Liners of The Fringe

I-News Best Jokes of The Fringe