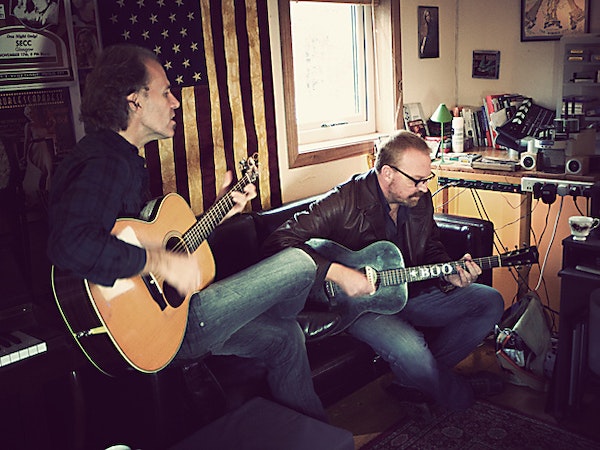 State Of The Union Tour Dates

In the grand tradition of 'The Special Relationship', the State of The Union combines the talents of America and England, producing an end result that is sure to delight fans of hook-laden songs, fiery and emotional guitar playing and soulful vocals. Tapping into a multitude of influences, from Willie Nelson and Johnny Cash to Blind Lemon Jefferson, the wide open Fenlands and the frenetic buzz of London, State Of The Union is a masterclass in songwriting, showing off the talents of bluesy Americana stalwart Brooks Williams and cult British singer-songwriter Boo Hewerdine to full effect.

State Of The Union tour dates listed on Ents24.com since Mar 2012.