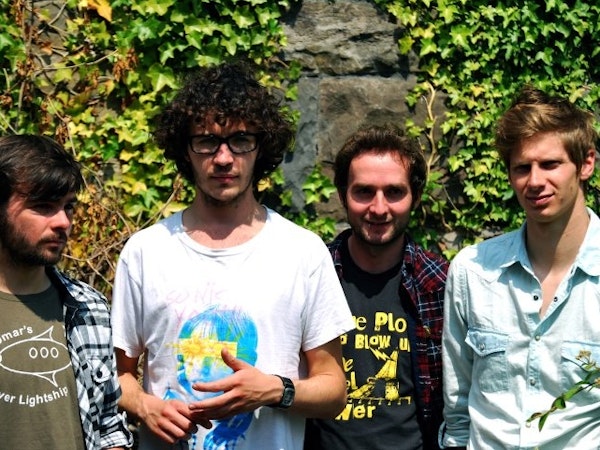 Bristol's Spectres have discovered a rich seam of textures and noises with which to carve their sonic shapes, and they have mined it to its fullest. The danger always present here is that the noise begins to mould the song, and not vice-versa – but Spectres' songs are arcing, lucid: essentially pop songs buried under sonic rubble. "Spectres make music for ears to bleed to.

They’re influenced by Sonic Youth and My Bloody Valentine, but their music is as 90s as a Blackberry with Tetris installed to its Games section. This is distorted shoe gaze that smashes around the head and plants tornadoes in graveyards. Spectres pay tribute to their idols, but they don’t let the past overwhelm them" - Drunken Werewolf