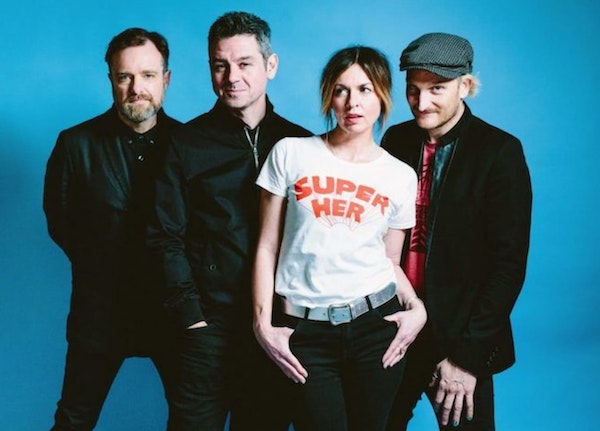 After 19 years away, Britpop band Sleeper announced their return in 2017. Fronted by singer-turned-novelist Louise Wener, the band had eight UK top 40 singles between '93-'97 including the breakthrough hit 'Inbetweener', accompanied by the classic supermarket promo video starring Dale Winton, and two top 10 singles with 'Sale Of The Century' and 'Nice Guy Eddie'.

They also covered Blondie's 'Atomic' for the original Trainspotting film. As T2 hit cinema screens in 2017, Louise thought 'what do I do now?' and decided to reform the band.