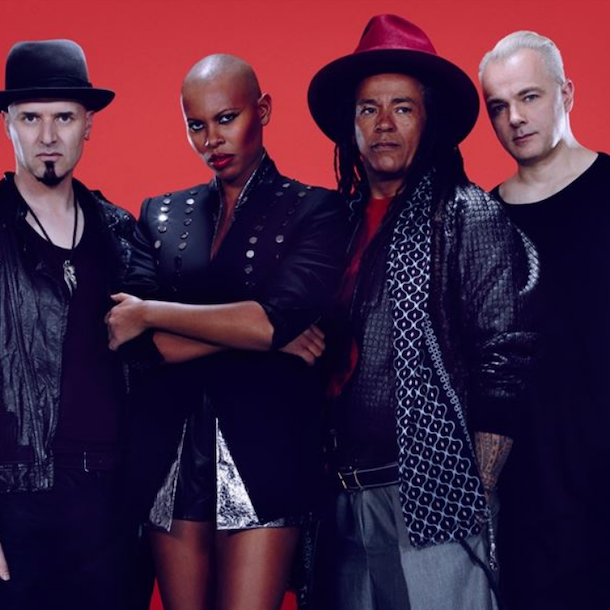 Aggressive in-your-face indie/metal band fronted by the inimitable Skin; whose rise to stadium rocksters surprised many pundits but was well deserved. After touring extensively worldwide with a huge variation of bands from U2 to Therapy?, the 'amalgam of heavy metal and black feminist rage' disbanded, with Skin leading a solo career until Skunk Anansie reformed in 2009.

Since regrouping after an eight-year hiatus, the band have gone from strength to strength. Their 2010 album, Wonderlustre, saw the band combine their trademark raw rock riffs, deep funk, frenetic drumwork and lush vocals with more confidence and maturity than ever before. They continued to build their sound with 2017's Anarchytecture, and in 2019 they celebrated 25 years in the business with the career-spanning live album 25Live@25.