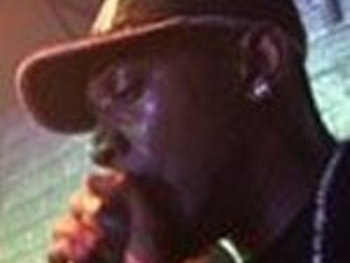 Bearing the mantle of ‘the most innovative personality in Drum & Bass’, MC Skibadee has never been one to rest on his laurels; constantly pushing creative boundaries, his high-energy technique has safeguarded his dominance of the MC scene for over ten years, continually surging from strength to strength due to a consistent desire to incorporate fresh ideas in his work.

His work on the mic began in 1994, once again indebted to the mighty Kool FM for early exposure thanks to a show co-hosted with DJ Wildchild. A novel presence on the airwaves, unprecedented phone-line response materialised for his shows and paved the way for ascendancy to the club arena, soon featuring regularly at events including Thunder & Joy, Spirit Of The Jungle and eventually City Sound Radio. By the end of 1995 he could list residencies for Kool FM, Fever, Thunder & Joy, Malachite, Electrybe, NJC, designer label Ball and Innersense amongst his repertoire.