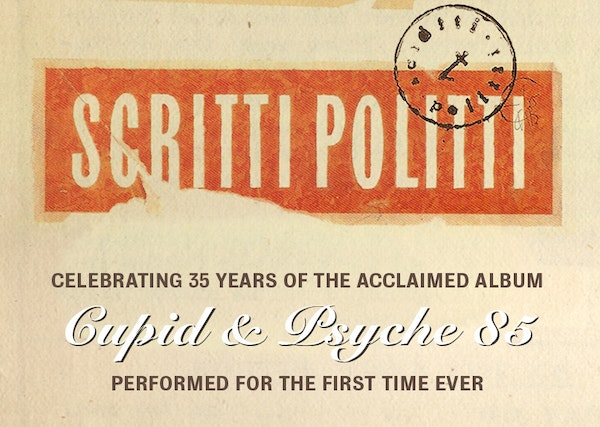 The band that started life as a Sex Pistols-inspired punk act, and quickly morphed into a mainstream synth-pop duo under the same name. Green Gartside is the man behind Scritti Politti, who later took the name into the realms of hiphop, working with rapper Mos Def among others. Although their success can mainly be noted in the 1980s, Scritti Politti are now performing once again, for the first time since the early '90s.