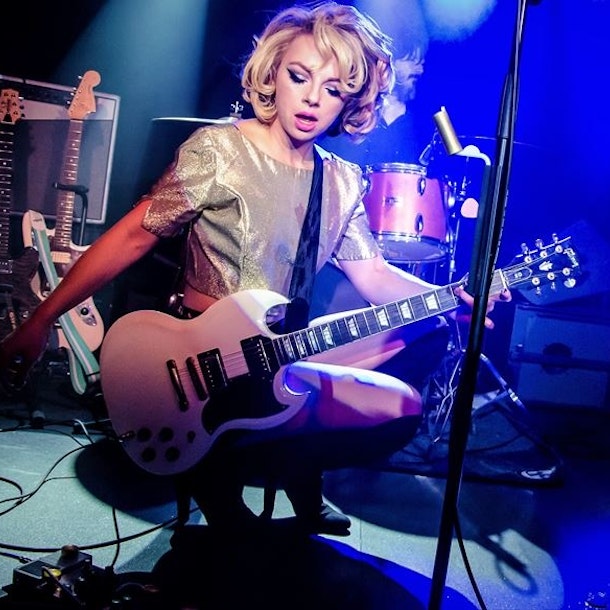 Young guitarist Samantha Fish hails from Kansas City, Missouri and is already a hot property on the US live music scene as one of the most exciting guitarists and performers in the blues rock field.

Samantha originally made a splash with Cassie Taylor and Dani Wilde on the 2011 Girls with Guitars tour and album. She subsequently forged her own solo career and promptly won the Best New Artist award at the Blues Music Awards in Memphis, for her debut ‘Runaway’ album. A killer guitar player and thoughtful song writer, Samantha describes her music as: “The sounds I grew up with my own spin.”

She joined Devon Allman for a successful cover of Tom Petty classic, “Stop Draggin’ My Heart Around,” on his Turquoise CD and then cut her own Billboard blues chart album ‘Black Wind Howlin’, which established her on the international tour circuit.