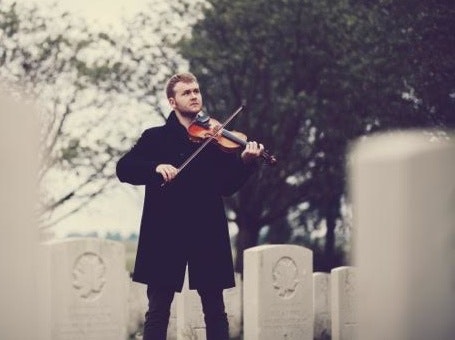 Fiddle player Sam Sweeney is probably best known for playing with Bellowhead, but like most folk musicians plays with a multitude of different outfits, including Jon Boden & The Remnant Kings, Fay Hield & The Hurricane Party, Hannah James & Sam Sweeney, The Full English, Eliza Carthy’s Wayward Band and a number of other acts.

After picking up his first fiddle at the age of six, Sam showed prodigious talent, winning the Wiltshire Folk Association Young Folk Award, and the In The Tradition Award at the the age of eleven.