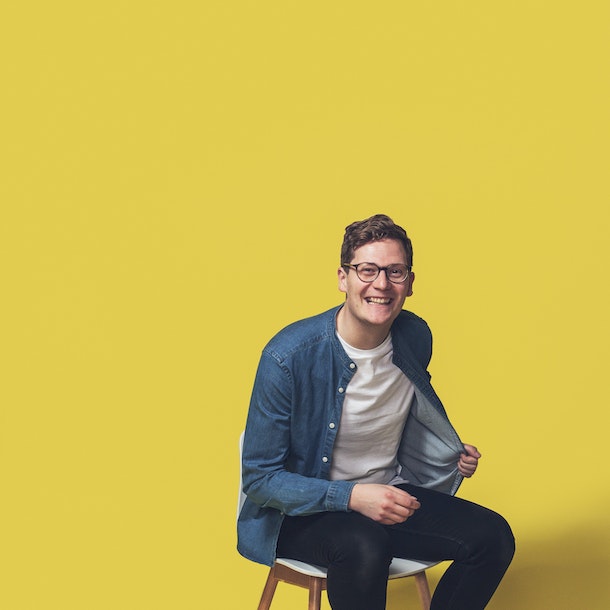 Welshman Robin is "a phenomenal comic and utterly hilarious." (Broadway Baby). On stage he is "wonderfully cheeky and engaging," (Three Weeks), regularly appearing at the UK's top comedy clubs and festivals.

He is also a seasoned comedy writer for television and radio, with credits including The Mash Report, Have I Got News For You, Newzoids, The News Quiz, The Now Show, Rich Hall's US Election Breakdown and Spotlight Tonight With Nish Kumar, amongst others.

Robin starred in his own sitcom and stand-up special in 2018, broadcast on BBC Wales. He performed on BBC One's Stand Up At BBC Wales in 2019.

He is also the studio warm-up artist for The Graham Norton Show (BBC One), Blind Date (C5) and Don't Make Me Laugh (BBC R4).