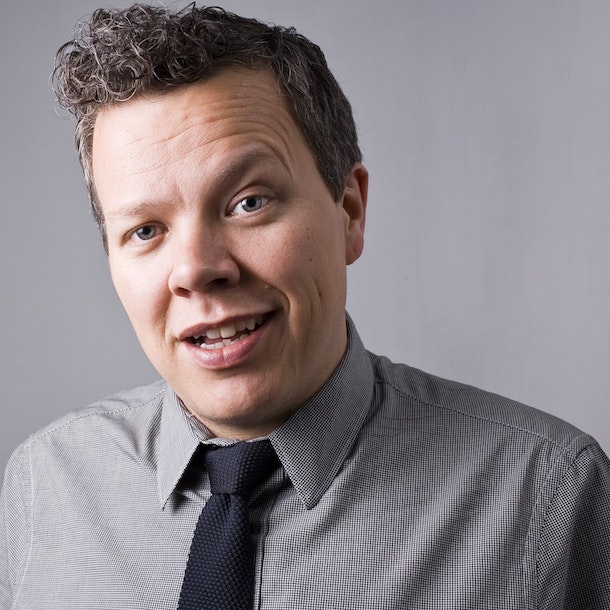 Rob Deering performs stand-up comedy with music, using a guitar, a loop pedal and his voice to create impressive rock and pop soundscapes – and do jokes, of course.

Along with being one of the most in-demand headliners on the UK circuit, he’s toured nationally and performed solo shows at the Edinburgh Fringe many times since starting out in comedy in the year 2000. His late-night, live-music pop quiz Beat This is a festival institution.

Winner of the Amused Moose Award 2001.

'With his easy charm, chessy singing voice, razor-sharp wit and clownish physicality Rob has quickly established himself as a firm favourite on the comedy circuit around Britain' (Pontardawe Arts Centre0

'As sharp and versatile as a Swiss Army Knife' (The Independent).