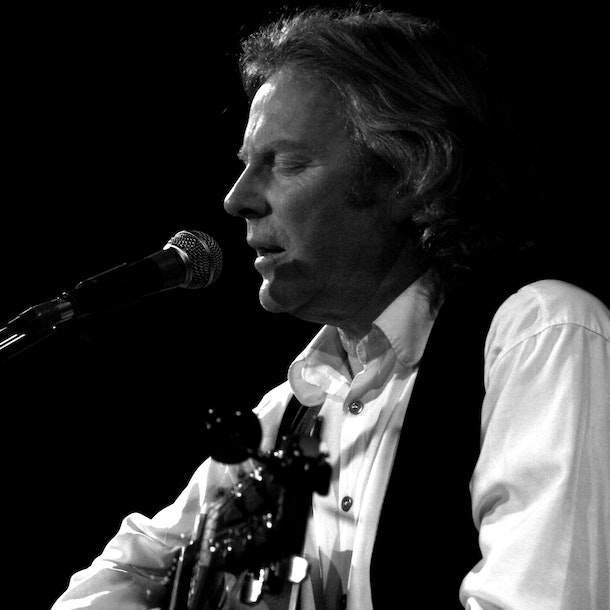 Reg's imaginative and finely crafted songs have earned him the title of Master Storyteller (Pennyblack Music), and prompted Mike Harding to introduce him onto the stage of The Royal Albert Hall as 'one of the finest singer-songwriters this country has produced'. Reg is a true modern day troubadour – commenting on life as he sees it, with some of the most beautifully disarming songs and lyrics ever written.

“There’s something special about the way he writes and delivers a song” Townes Van Zandt.

In the mid-1980s Reg Meuross formed the Panic Brothers with Richard Morton, mixing Americana with humour and slick harmonies. Then came the Flamingos, Hank Wangford, and now 11 highly acclaimed solo albums have established his songs as ‘the hinges upon which swing the doors of perceptive English folk’ (Folkwords).

Reg’s songs comment bravely on life as he sees it, bringing wide ranging stories from the ghosts of WW1 soldiers to the ravages of dementia, and some of the most beautifully disarming songs and lyrics ever written. Reg has that rare gift of being able to touch people, through his songs and performance, on a really human level. His words and music paint pictures that remain with the listener long after the song has been sung.

“Meuross, quite simply, is one of the best” Malcolm Carter, Pennyblack Music

“A mighty songwriter and an equally fine singer” Martin Carthy

'Intelligent and thought-provoking songs, beautifully made and skilfully delivered' (The Times).