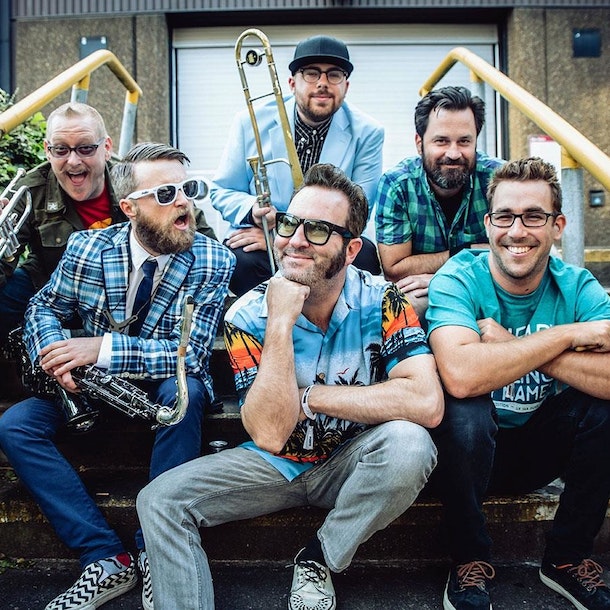 Reel Big Fish were one of the legions of Southern California ska-punk bands to edge into the mainstream following the mid-'90s success of No Doubt and Sublime. Like most of their peers, they were distinguished by their hyperkinetic stage shows, juvenile humor, ironic covers of new wave pop songs, and metallic shards of ska.

The group cultivated an underground following that broke into the mainstream in summer 1997, when the single "Sell Out" from sophomore breakthrough Turn the Radio Off became a modern rock radio and MTV favourite.

Reel Big Fish's popularity gradually waned in the subsequent years, following the decline of ska-punk as a marketable genre. Nevertheless, the band restructured its lineup and continued issuing new material to a smaller (yet considerably rabid) fan base into the 2010s with the release of ninth album Life Sucks...Let's Dance! in 2018.