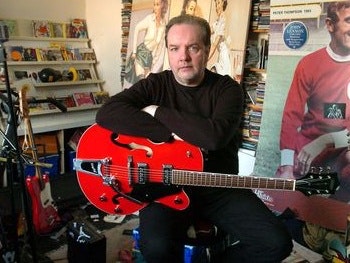 Seminal Scouse maverick who, along with Ian McCulloch and Julian Cope, pioneered the Eighties art-indie scene. His debut gig was at the legendary Eric's in Liverpool - the night it was raided and closed down for ever. He bounced back with a series of bands - Wah! Heat, Wah! and The Mighty Wah! - and achieved chart success with the anthemic 'The Story Of The Blues' in 1982.

Still writing great songs, Wylie's shows provide entertainment both musically and through his extravagantly opinionated conversation. The man's a legend, miss him at your peril!