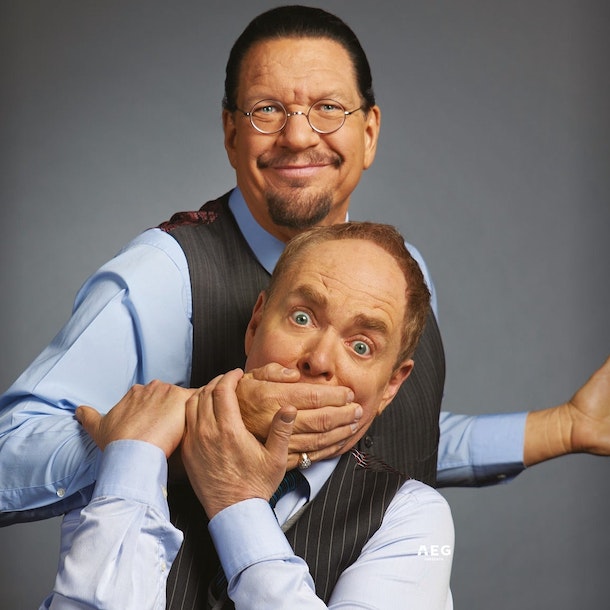 For years Penn & Teller have defied labels – and at times physics and good taste – by redefining the genre of magic and inventing their own very distinct niche in comedy. With sold out runs on Broadway, world tours, Emmy-winning TV specials and hundreds of outrageous appearances on everything from ‘The Royal Variety Performance’ to ‘Friends’ to ‘The Simpsons’, contemporary comedy’s only team show no signs of slowing down.