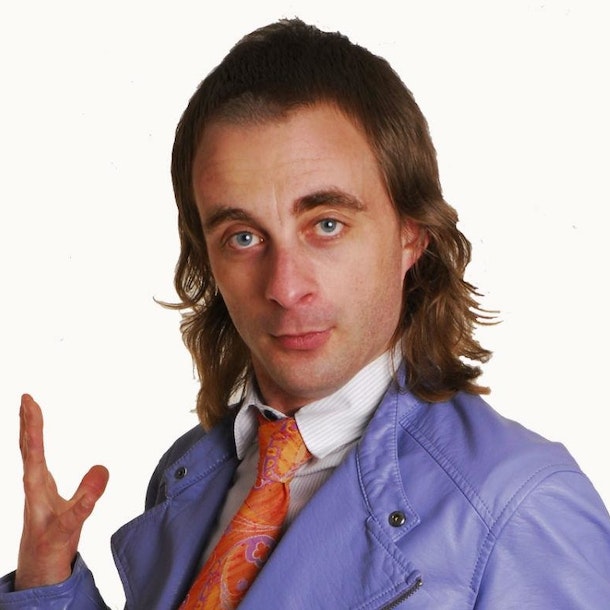 Camp crusader whose pedantry, bluff and innuendo-ridden rants have made him an audience favourite.

He has previously been voted BBC Comedian Of The Year. He is also an Open Mic Award winner and Perrier Newcomer Nominee.

So he's pretty good then!

TV and radio appearances include "The Infinite Monkey Cage" (BBC Radio 4), “Never Mind The Buzzcocks” (BBC2), "Would I Lie To You" (BBC 1), "8 Out of 10 Cats Does Countdown" (Channel 4), "The Morning After" (NBC), "8 Out of 10 Cats" (Channel 4), "Set List" (Sky Atlantic), "Christmas Pub Quiz" (ABC Australia), "The Alternative Comedy Experience" (Comedy Central), "Spicks 'n Specks" (ABC Australia) "Melbourne Festival Gala" and "The Great Debate" (Channel 10 Australia),”Funny As Hell” (HBO Canada). In the USA Paul was a finalist on Series 6 of NBC's “Last Comic Standing”.

'It's baffling to me that Paul is not a household name in this country. His routines are like jazz clusters, loose hammocks, choked to the brim with jokes and ideas'

'He is completely in charge. An hour in his company is one of wet faced glee and it's over in a flash' (The Scotsman).