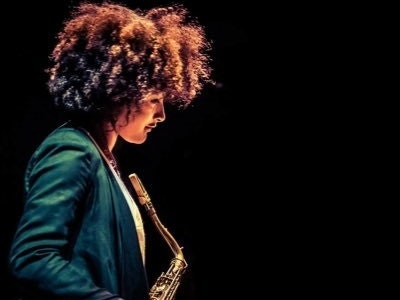 London-based saxophonist and composer, Nubya Garcia, is one of the leading forces behind the resurgence of jazz-influenced sounds in the UK.

Raised in a creative environment built by a set of Caribbean parents, her brand of afro-tinged jazz has made her a key component in a string of new and established groups: from work with MOBO Award-winning drummer, Moses Boyd, legendary jungle producer and toaster, Congo Natty, through to her own works as part of six-piece, Maisha, and the Nérija septet.