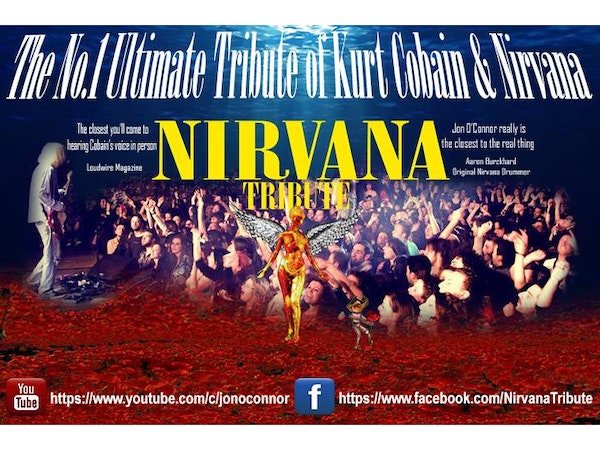 Nirvana Tribute is the world renowned No.1 international touring tribute that has toured across the world including the US, Europe and Asia. They have been featured in magazines and on television and radio across the globe.

Regarded as the closet possibly tribute to the original Nirvana line-up, Nirvana Tribute have captured both media and fan attention worldwide with their high energy, explosive live performances.