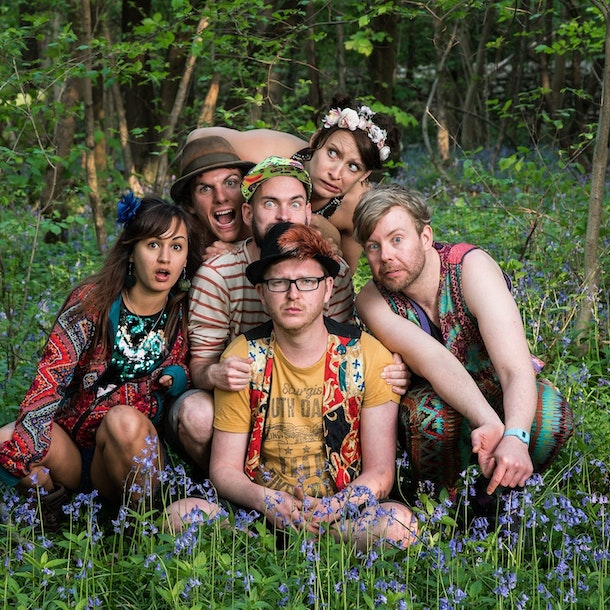 United by a love of tea, energetic dancing, cheeky riffs, silly hats, and cake, Mr Tea and the Minions have been unleashing their colourful explosion of musical mayhem on unsuspecting audiences since 2013.

Their raucous Ska Folk blended with full-fat Balkan beats and a squeeze of tangy Dub has made them party-starting festival favourites – and has inspired frenzied dancing all over the UK (and on a number of forays into continental Europe), with almost 100 festival appearances including Glastonbury, Boomtown, WOMAD, Secret Garden Party, Shambala, Belladrum, Wilderness, Nozstock, and Goulash Disko, to name just a few.

Their highly anticipated new album ‘Mutiny’ is set for release in October 4th 2019 and it’s sure to catapult the band to new heights with it’s mix of high energy, melodic and exciting original songs that the band are extremely excited about unleashing on the world!

Mr Tea and the Minions tour dates listed on Ents24.com since Mar 2013.

Listen to Mr Tea and the Minions

Listen to Mr Tea and the Minions