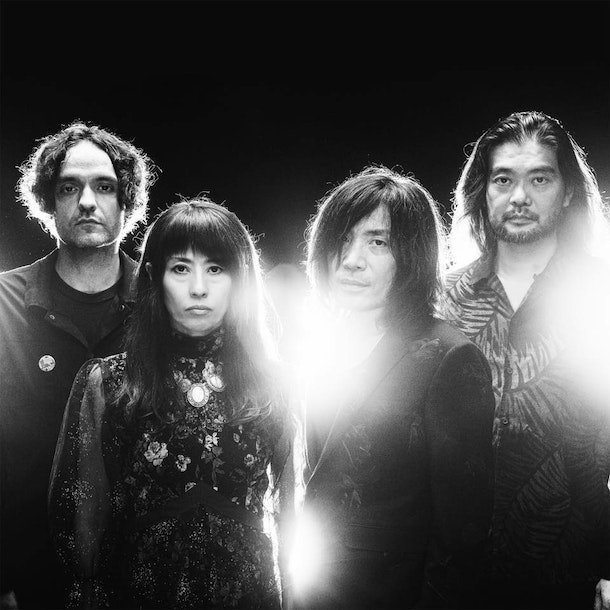 A passionately aggressive rock band from Tokyo whose music has been described as 'the soundtrack to the end of the world' but who actually exemplify a more hopeful vision. Their recent influences include orchestral textures and the tale of a girl who, after developing leukemia in the aftermath of the Hiroshima bombing put her hope in an old Japanese legend about folding paper cranes. Among the artists Mono have worked with is Steve Albini, who produced their album 'Walking Cloud and Deep Red Sky, Flag Fluttered and the Sun Shined'.