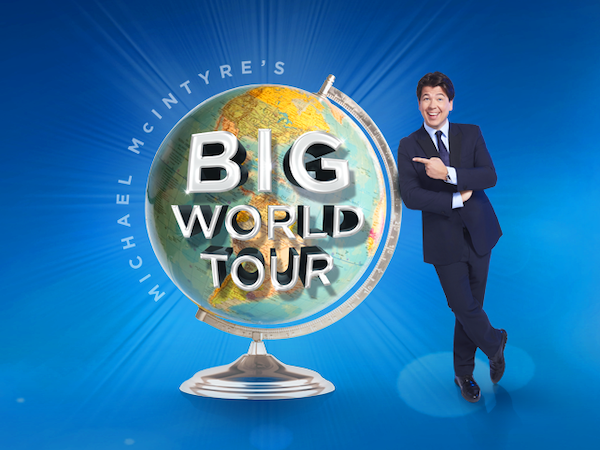 Smart-suited comedian from North London who has appeared on Mock The Week, Have I Got News For You and 8 Out Of 10 Cats to name but a few.

The past few years have been exceptional for Michael, performing sold-out shows in arenas all over the world. His 2012 tour, Showtime, was the biggest selling comedy tour in the world that year, playing to over 640,000 people including a

Michael has also released three best-selling DVDs: 2008’s Live and Laughing, was the biggest selling UK debut stand-up DVD of its time, Hello Wembley, which in 2009 became the fastest-selling UK stand-up DVD of all time - a record it still holds, and 2012’s Showtime, which beat its competitors to the Christmas Number One spot.

'The man is quite simply top-to-toe hilarious' (The Daily Telegraph).

Follow Michael McIntyre on Ents24 to receive updates on any new tour dates the moment they are announced...

Here are the most recent UK tour dates we had listed for Michael McIntyre. Were you there?