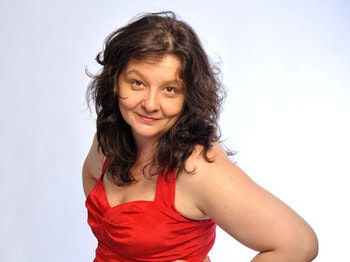 Maureen is frank, fast, feisty, sharp and engaging – honest humour with attitude! She works as a stand up comedian and compere all around the UK and abroad and even gigs in German! As an experienced compere, Maureen is known for her quick wit and sharp audience interaction. In the UK she is one of the few comedians who works regularly on the mainstream and urban comedy circuits.

Her gigs have ranged from being the support act for the entire West End run of The Naked Magicians at the Trafalgar Studios as well as one of the warm up acts for Puppetry of the Penis to performing at the Barbican alongside Arthur Smith; supporting Shazia Mirza on tour; to being one of the acts at the Jamaica vs The World gigs at the Shepherds Bush Empire.

Maureen is also the resident MC of MY Comedy in London and Birmingham, and has worked as a contributor on BBC Radio and Sky News.

'Maureen Younger is more than compere, more than host, with a natural gift of the gab she's quick off the mark and doesn't miss a trick!' (www.gingerbeer.co.uk)

'If you have been lucky enough to see her perform you will be fully aware of just how funny and infectious this woman is.' (Time Out)

“one of the best MCs in the country” (Jo Enright)