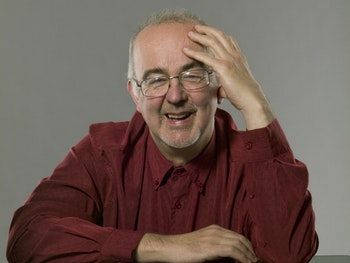 Distinguished recitalist, now head of Keyboard Studies at the Royal Northern College of Music. He has performed six concertos at the BBC Proms, made more than thirty CD recordings and over four hundred broadcasts on BBC Radio 3.

'Martin Roscoe is a versatile pianist, equally at home in concerto, recital and chamber performances. In an ever more distinguished career, his enduring popularity and the respect in which he is universally held are built on a deeply thoughtful musicianship allied to an easy rapport with audiences and fellow musicians alike' (RNCM).

'Roscoe is a pianist who both thinks and offers full-blooded playing of breadth and depth. In this country, he is an uncommon creature' (The Daily Telegraph)

'Thrillingly done with the electrifying soloist Martin Roscoe' (The Guardian)

'... Roscoe at his most dazzling, employing a huge dynamic range and changes of mood as swift as they are convincing … It would be difficult to overpraise Roscoe's accomplishment' (International Record Review).