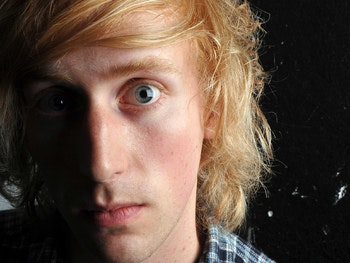 2009 So You Think You're Funny finalist and 2013 Leicester Mercury Comedian Of The Year runner-up.

Rising star Mark Simmons is a consummate one-liner comic. If you love Milton Jones you are likely to adore Mark Simmons. Big hit on the UK circuit and supports some of the bigger names on tour, including Seann Walsh who he co-hosts a movie podcast with. Very clever writing combined with a quirky stage persona.

'To put it simply: if you like Tim Vine, you'll like Mark Simmons, who shares the same love of a tight, silly pun and crushes an admirable quantity into his solo debut, without sacrificing quality' (Steve Bennett, Chortle)