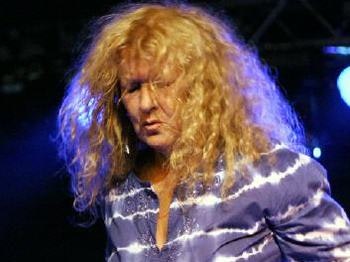 Vocally regarded as Britain's answer to Janis Joplin, Maggie Bell, founder member of Stone The Crows and singer of the hit, 'Hold Me' with B. A. Robertson returned to the UK music scene in 2006 and performed live at Led Zeppelin's one off reunion concert at London O2 in November 2007. Bell sang the end credits theme for the late 1970s ITV detective drama Hazell, with lyrics written by Judy Forrest and music by Andy Mackay. Her song "No Mean City", written by Mike Moran, was the theme music to the TV crime drama Taggart. She also appeared in a single episode of Taggart called "Evil Eye" in 1990, playing a gypsy fortune teller named Effie Lambie who is murdered early in the episode.