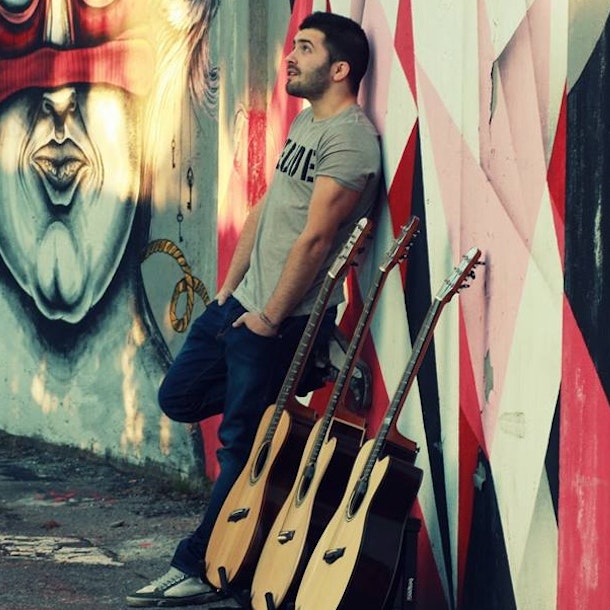 Italian Luca has always been naturally talented with the guitar. He began studying classical guitar at ten but shortly after decided to quit for a long period. He later picked up where he left off and taught himself new techniques, which he then perfected and developed his personal original styles, that include unconventional guitar techniques in addition to other instruments.