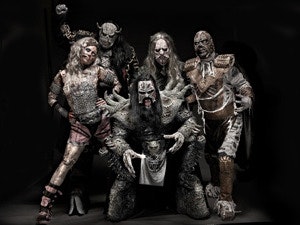 It's the arockalypse! It's doubtless you've heard of Lordi, the monsters of hard rock who took Eurovision by storm in 2006 and emerged victorious, the first time Finland had ever won the contest. Despite their only recent mainstream acknowledgement, Lordi's monstrous presence has graced the earth for over a decade, their latex costumes having survived (in part) since their inception, never to be removed in public. In short, and in their own words, they're 'Bringing Back The Balls To Rock'.