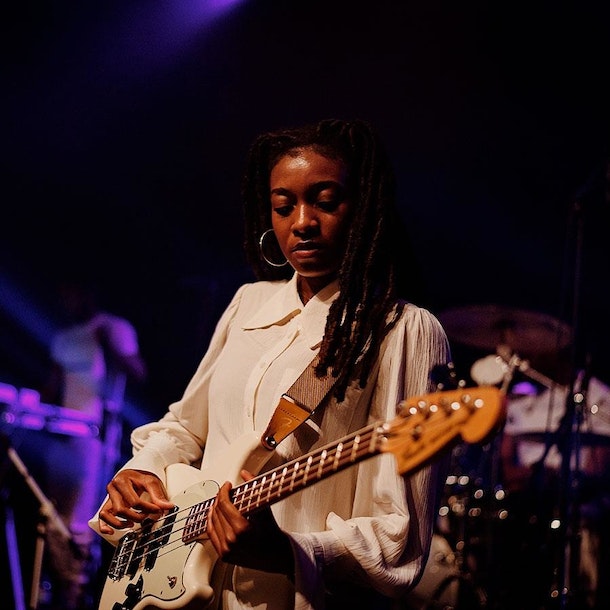 Simbi Ajikawo, crowned Little Simz, lets her work do the talking - and her prolific releases and boundary-breaking achievements clearly tell a story of a pioneering Hip Hop artist who leads the way on her own terms. Giving lauded, energetic performances, critically acclaimed albums, sold-out headline shows around the world, and international tours with the likes of Gorillaz, Anderson .Paak and Ab-Soul, this visionary young woman from North London is living out her childhood dreams to heights of excellence - and inspiring her generation to do the same.

As her acclaim and achievements continue to build - with MOBO nominations for Best Hip Hop Act and Best Female Act, Little Simz was the first independent UK artist to make the Forbes List of 30 Under 30 in Europe, and to rap in the televised US BET Hip Hop Awards' Cypher - many respected peers and legends have voiced their admiration of her talents; with Compton's Pulitzer Prize winner Kendrick Lamar declaring her to be "one of the illest doing this right now," the iconic Ms. Lauryn Hill handpicking Simz to be a special guest on her Diaspora Calling! US tour, and dynamic virtual band Gorillaz featuring her on their crowd-pleasing single "Garage Palace" before taking her around the world to perform on their Humanz Tour.