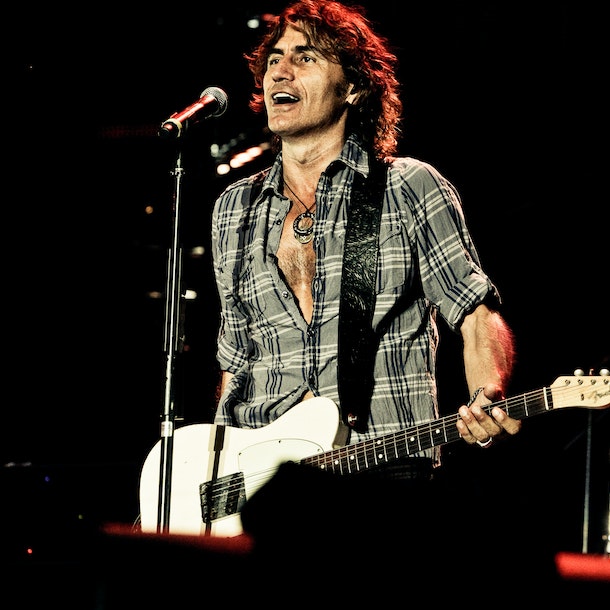 Luciano Ligabue is one of the most successful Italian rockers of the last two decades. Born in Correggio, in the province of Reggio Emilia, he entered the music world in 1987 when he founded the band Orazero, writing original songs and competing with them in local and national contests. Ligabue released his debut eponymous album in 1990, finding fans mainly among younger audiences. His most famous hits include 'Balliamo sul mondo', 'Ho perso le parole' and the most successful of all, 'Certe Notti', which was voted Italian song of the 1990s in a poll held by a popular music magazine. He has also found success as a screenwriter, movie director, composer and author.