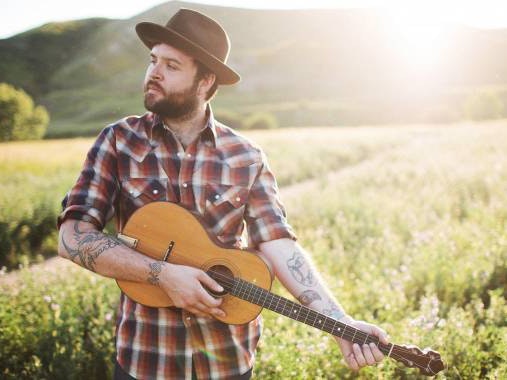 Born in Victoria, British Columbia and raised on a little island on the very west coast of Canada, Stagger spent most of his youth with his grandparents who exposed him to the world of country music. Developing his musical drive early on, Stagger formed his first punk rock band at age 18. Songwriting came shortly after with themes revolving around his childhood, traveling, relationships, substance abuse and the tribulations of life. Having collaborated with one of his icons, Danny Michel, Stagger found commercial success in the song, “Just in Case”, which was featured twice on the television hit, Grey’s Anatomy.

Over the years, Leeroy Stagger has shared the stage with plenty of talented musicians, including The Pixies, Los Lobos, Tegan and Sara, Ron Sexsmith, Joel Plaskett and George Thorogood and his songs have received placement on the hit TV shows Greys Anatomy, Sons Of Anarchy, Degrassi and Heartland. He has garnered an international fan base after relentless touring both home and abroad. It is simply a matter of time before Stagger joins the likes of Ryan Adams, John Hiatt and Steve Earle as an ambassador for North American Roots Rock n Roll.

Follow Leeroy Stagger on Ents24 to receive updates on any new tour dates the moment they are announced...

Here are the most recent UK tour dates we had listed for Leeroy Stagger. Were you there?