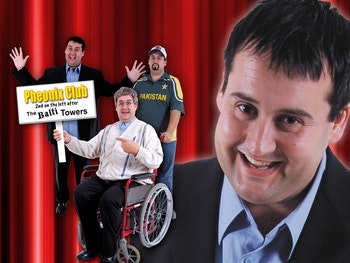 Now in his 7th year and with over 1000 performances under his belt, Lee Lard is still being voted the most popular comedy tribute act in the UK! Lee's outstanding tribute to Bolton's funny man Peter Kay has now been enjoyed by thousands of fans throughout the UK and abroad.

From corporate events to weddings, hotels to theatres, Lee Lard's Peter Kay Tribute Show is as popular now as ever and continues to sell out wherever he goes.