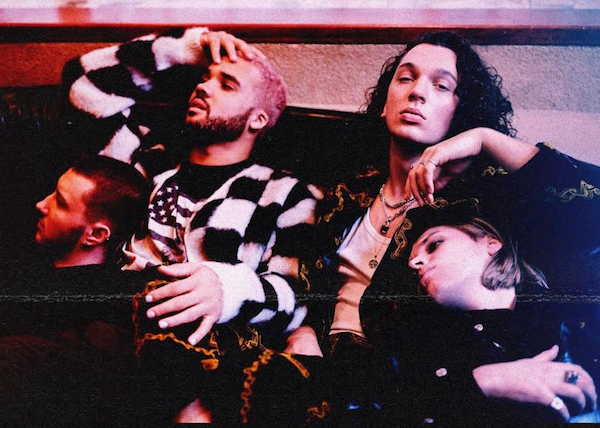 Following on from a breakthrough 2018 that saw Larkins make their mark on the UK new music scene, the Manchester-based four-piece are gearing up for a loud future. Born and raised in Glossop, Josh (vocals) and Dom (guitar and synths) began playing music together at school. The band started to blossom when they started studying at college together, sneaking into the college studio after hours to record what they had written in English class. Henry (bass and synths) and Joe (drums) later joined the band, bringing variety with their funk and rock influences and Larkins were finally able to create a sound that they had pictured in their heads.