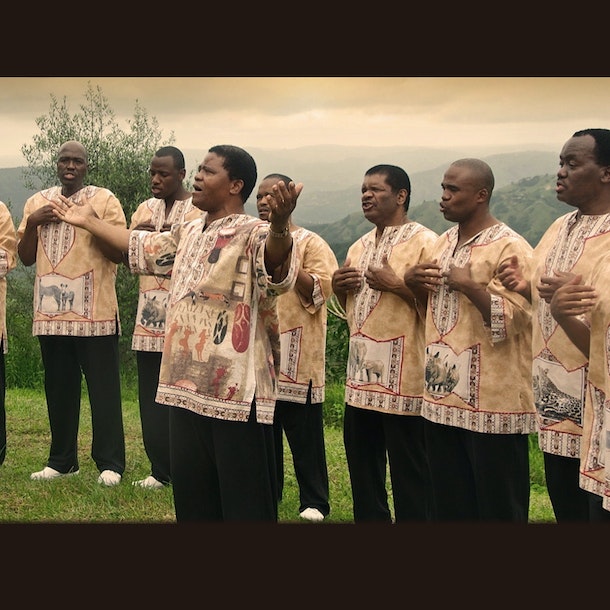 Captivating Acappella harmonies from this world-renowned and highly evocative and uplifting all-male South African group, led and founded by Joseph Shabalal. They borrow heavily from a traditional music called Isicathamiya, which developed in the mines of South Africa. 2014 marks the 50th anniversary for the Grammy award-winning collective. Already successful by the 1970s, it was in the mid-80s when their sound became known worldwide, thanks to exposure on Paul Simon's 14 million selling 'Graceland' album. Even popular culture have taken them to their hearts, with mentions in TV's Family Guy and film Mean Girls.