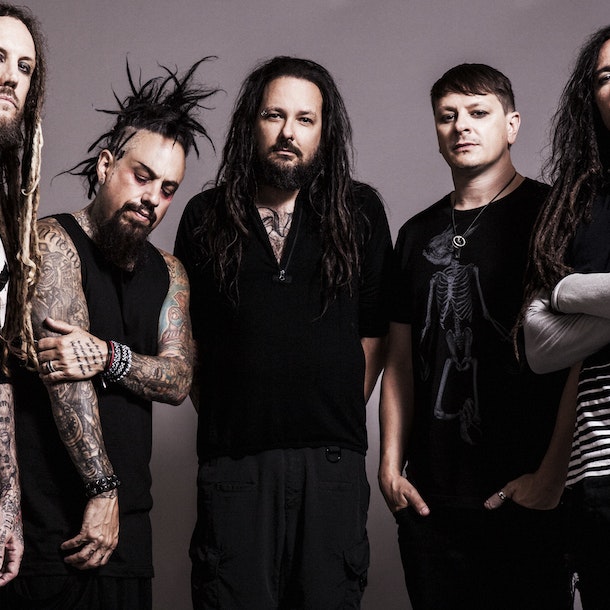 Emerging from the depths of Bakersfield, California with a sound unlike any other in 1994, Korn have been able to cement themselves as one of the most important bands in rock n' roll history. The band may have changed members with Brian 'Head' Welch and David Silveria departing in 2005 and 2006 respectively, but Jonathan, Munky, Fieldy and Ray capture the feeling that was there in the beginning.