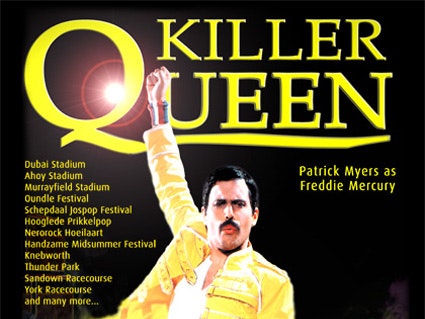 The ultimate tribute to Queen featuring Patrick Myers as Freddie Mercury, performing since 1993. Killer Queen give peformances as close to the real thing as possible, leading to the band being chosen to represent Queen in a restaged tribute to Live Aid concert held by Sir Bob Geldof!

They also scored a No 1 hit when they were asked to recreate Queen's harmonies for 'The Real Life' by Fatboy Slim in 2001.

'This guy is not to be missed' (Editor http://www.BrianMay.com – the official Brian May website).