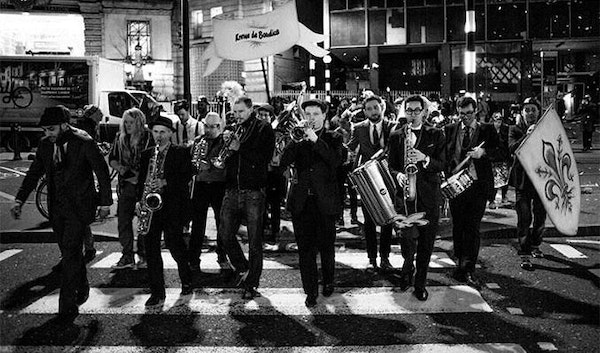 Kansas Smitty’s House Band is well recognised as one of the driving forces in the London jazz scene. Their reputation, built on incendiary live shows, was cemented by the release of their critically-acclaimed full-length debut album, back-to-back sold-out main shows at Ronnie Scott’s and the opening of their own bar in East London.

Both bar and band have received praise across the jazz and mainstream press, with extensive coverage from The Evening Standard, and reviews in the Sunday Times and Telegraph. The Band's debut record was named as one of the top jazz albums of 2015 by the Telegraph. The Sunday Times summed up bar and band up nicely, saying ‘Conservatories or cocktails? If jazz is to survive it will need more bands (like this one)’.