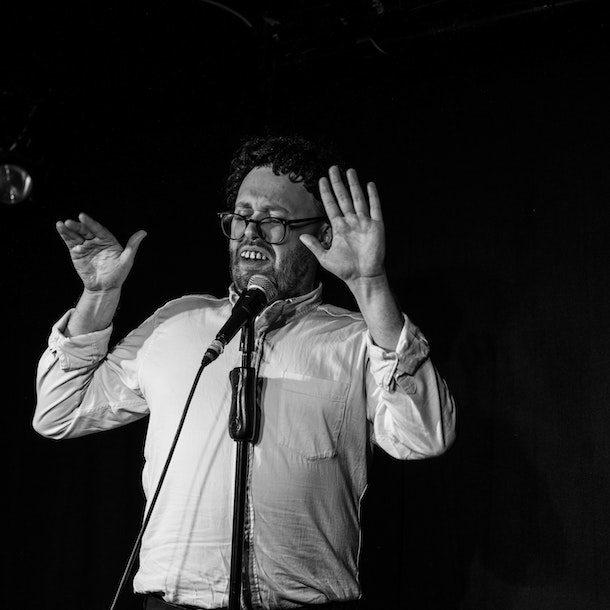 The most original, odd, off-beat and hilarious alternative comic to arise this decade, John Kearns is an act who has forged his own raggedy path all the way to success.

'Tremendous originality... a jumpy and unpredictable raconteur... a shot of nervous energy, an elastic band about to snap... I can't see him waiting in reserve for long' (Broadyway Baby)

'Now THIS is how you do absurd comedy' (http://www.Chortle.co.uk).