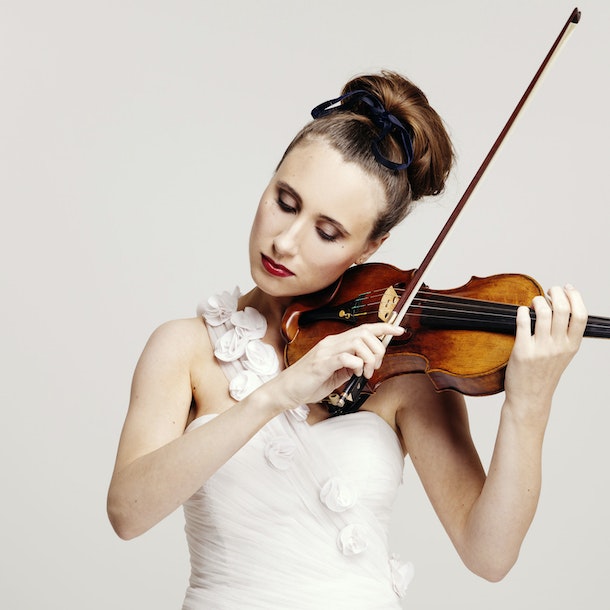 In 2002, at the age of twelve, Jennifer Pike became the youngest ever winner of the BBC Young Musician of the Year competition, following her performance of Mendelssohn's Violin Concerto with the BBC Symphony Orchestra conducted by Sir Andrew Davis. Since then, Jennifer has performed in many major venues and arts festivals around the UK, Europe, the Middle East and the USA.

In July 2005 she made her BBC Proms début in the Royal Albert Hall, and in November 2005 she made her evening recital début in the Wigmore Hall, both to great critical acclaim. She has appeared as soloist with many of the UK's major orchestras playing concerti by Bach, Mozart, Beethoven, Bruch, Mendelssohn and Prokofiev.

'A truly engaging musicality' (The Times on Jennifer Pike)

Follow Jennifer Pike on Ents24 to receive updates on any new tour dates the moment they are announced...

Here are the most recent UK tour dates we had listed for Jennifer Pike. Were you there?