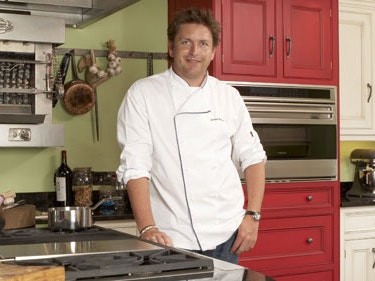 Top chef James Martin is best known for being presenter of popular BBC One show Saturday Kitchen until 2016 and ITV's Saturday Morning with James Martin.

James first made an impact with his television debut in November ‘96, appearing on The Big Breakfast and Ready, Steady, Cook, and has rarely been off screen since. He has hosted many series for UKTV, and in 2006 reached the semi-finals of the BBC's Strictly Come Dancing.

Also known for his love of motorsport, James featured in several prime time specials including The Real Italian Job (BBC2) in 2008 and regularly has VTs about his passion in his ITV morning show.