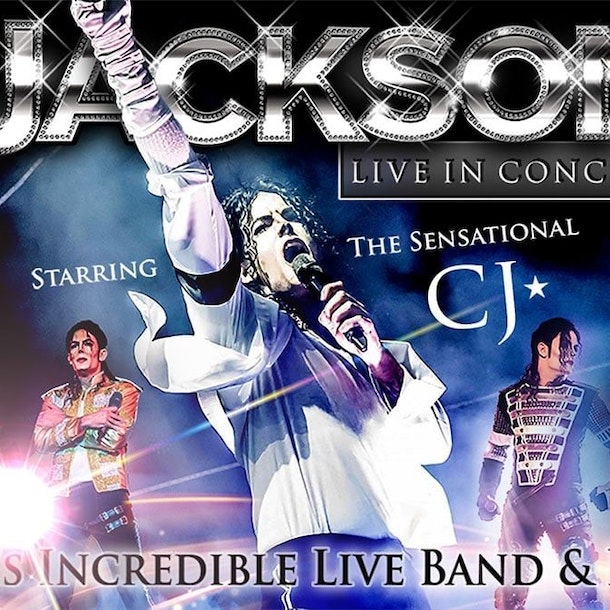 Michael Jackson is not only remembered as one of the most influential artists of all time, but many of today’s artists have been inspired by his iconic style. His career spanned nearly five decades of music, and he was continually at the forefront of popular music.

Jackson Live in Concert features the hugely talented CJ, recreating the Michael Jackson experience with his stunning rendition of all his favourite songs. CJ is one of the most experienced, dedicated and well-respected Michael Jackson Tribute artists in the world today, and he perfectly captures the electrifying energy of Michael's live performances with 100% live vocals.

He’s got the look, the moonwalk and the voice! His renditions of Thriller, Beat It and Billie Jean are truly sensational.

Jackson Live in Concert brings together superb musicians and dancers, fabulous costumes, and of course all the signature dance moves associated so fondly with the undisputed King of Pop.