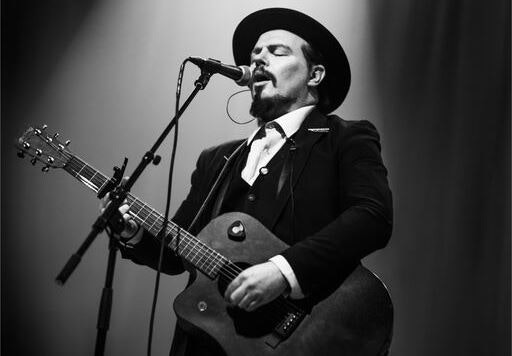 “The most magnificent and enigmatic of performers” - Edinburgh Spotlight Magazine, Scotland

Jack Lukeman is an Irish singer-songwriter, performer, raconteur and a whole lot more besides. A platinum-selling, critically acclaimed artist in his homeland, in recent years Lukeman has devoted more of his time to winning a growing fanbase in the UK and abroad. In this regard, he has toured the UK as Special Guest on tours by artists as varied as Imelda May, Jools Holland, The Proclaimers and Neil Sedaka, while promoting his 2017 release 'Magic Days', his latest album of idiosyncratic original songs.

Lukeman is a compelling, dazzling stage performer. Incorporating the theatrical and romantic sensibilities of the likes of Jacques Brel, but with genuine melodic appeal. He has a knack for creating his own ‘magic realist’ world that is peopled by all manner of unusual, picaresque characters.

Lukeman is a rare, unusual brand of performer. From clubs to concert halls, theatres to festivals, Lukeman has the performing power and compelling presence to win over the most demanding of crowds.

Follow Jack Lukeman on Ents24 to receive updates on any new tour dates the moment they are announced...