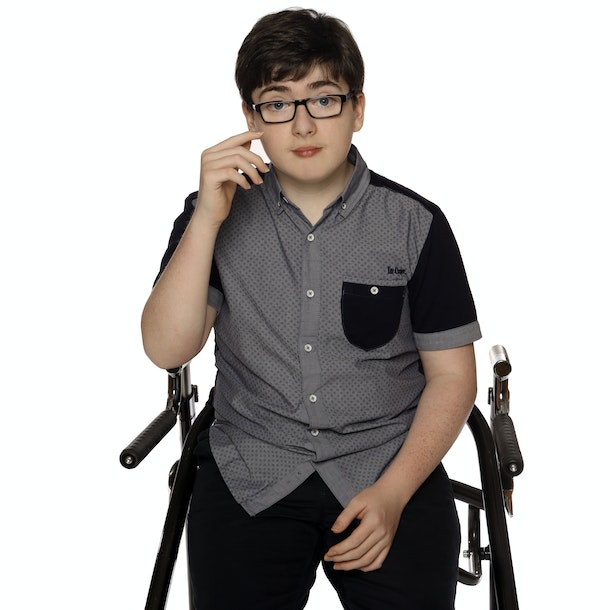 Jack Carroll is a British comedian and actor. Carroll competed in the seventh series of Britain's Got Talent at the age of 14, finishing as the runner-up. Since he has worked with the likes of Jason Manford and Vic Reeves while also performing stand-up on shows such as ITV1’s Sunday Night At The Palladium, It’s Been A Funny Old Week and Live At The Apollo.

Jack, whose cerebral palsy is often the subject of his act, was awarded a Pride of Britain Award in 2012 in the “Teenager of Courage” category. Jack opened for Jason Manford at three of his tour shows in 2010 as well as performing with him in 2013, opening Jason’s tour show First World Problems at London’s Hammersmith Apollo.

Jack has performed at various clubs and live events across the country, cementing his place on the national comedy circuit. Summer 2016 saw Jack perform as part of the Pleasance Comedy Reserve, his debut appearance at the Edinburgh Fringe.

As well as being as a stand-up comedian, Jack has firmly established his talents in acting, securing roles in CBBC’s Ministry of Curious Stuff, BBC1’s Big School, and Sky’s critically-acclaimed sitcom Trollied.

Jack Carroll tour dates listed on Ents24.com since May 2016.

Follow Jack Carroll on Ents24 to receive updates on any new tour dates the moment they are announced...

Here are the most recent UK tour dates we had listed for Jack Carroll. Were you there?