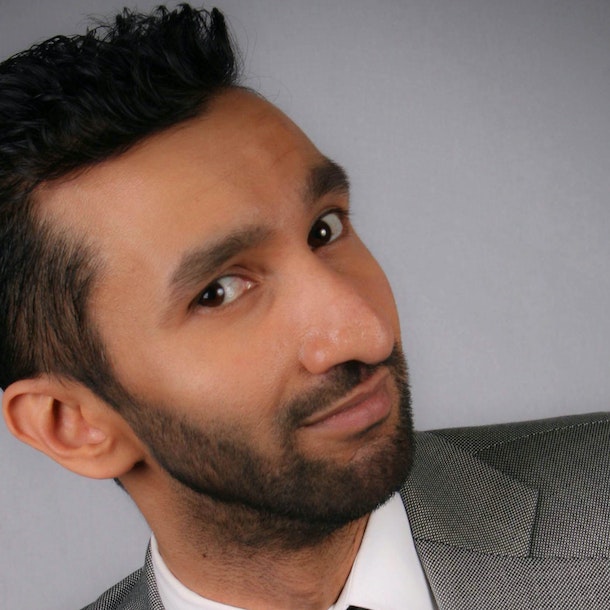 Comedian who was a 2008 Hackney Empire finalist renowned for his super-high energy performance. Imran has a unique voice stamping his mark for positive, uplifting comedy at every turn.

Born in Mombasa, Kenya and raised in the UK with a brief stint at school in the USA, Imran has also travelled much of the world including Israel/Palestine, Jordan and Saudi Arabia during the Lebanon Crisis in 2006. His work has been inspired by this rich multicultural background, giving him a youthful, energetic and highly original voice that embodies the multi-cultural wealth that exists in modern Britain.

He seamlessly switches between styles with graceful fluidity, repeatedly delivering heavy-weight punch lines with enormous panache. His seemingly light-hearted satire is mixed with hard-hitting topical commentary on contemporary issues that culminate into a tour de force of comedy offering an all-embracing sentiment in his trademark styling

'Imran Yusuf's show heralds the birth of a new comedy star. Intelligent, thought-provoking and laugh out loud funny, it's a glorious debut' (Time Out).