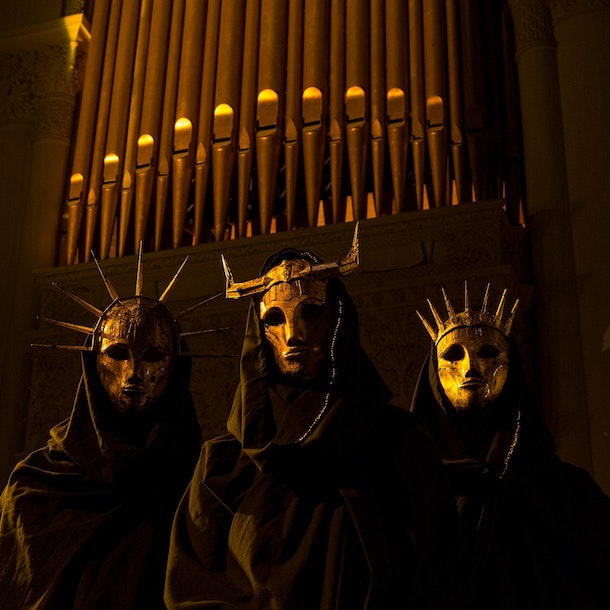 New York's nebulous avant-garde metal outfit, Imperial Triumphant, redefine sonic darkness with their music. A turbulent, frenetic take on experimental noise and progressive black metal, Imperial Triumphant embody the most austere side of the New York underground. Chaos, menagerie, and the perils of the city clash with its reputation for majesty and extravagance. The band aim to portray the juxtaposition between high society and urban decay.